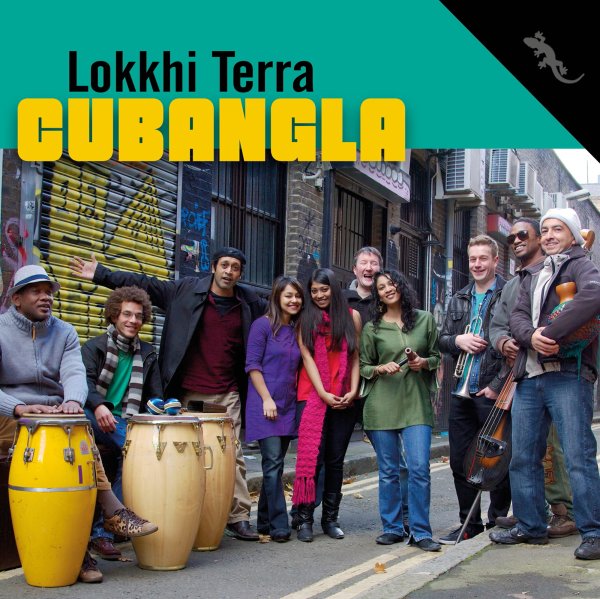 A Latin combo from London, but one with a wider range of styles in their music – as you might guess from the lineup pictured on the cover! Lokkhi Terra are great at familiar Latin jazz modes – really using their instrumentation to craft strong standout solos on trumpet, flute, Fender Rhodes, and percussion – but there's often some very unusual twists in the rhythms, which are billed in modes that run from "sufi samba" to "Cubangla funk" to "Baul blues"! The vocals can be unusual, too – handled by the female singers pictured on the cover, who shift modes on different tracks in a way that keeps things interesting – opening the door to more global elements than just Afro Cuban roots. Titles include "Bhromor", "Como", "Kala Re", "Badaam", "Bhandari Revisited", and "Lal Mere".  © 1996-2021, Dusty Groove, Inc.