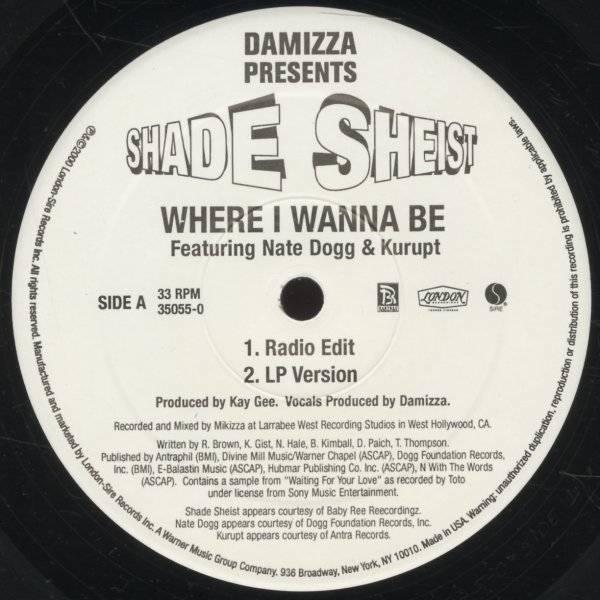 Where I Wanna Be (radio edit, lp, inst, acapella)