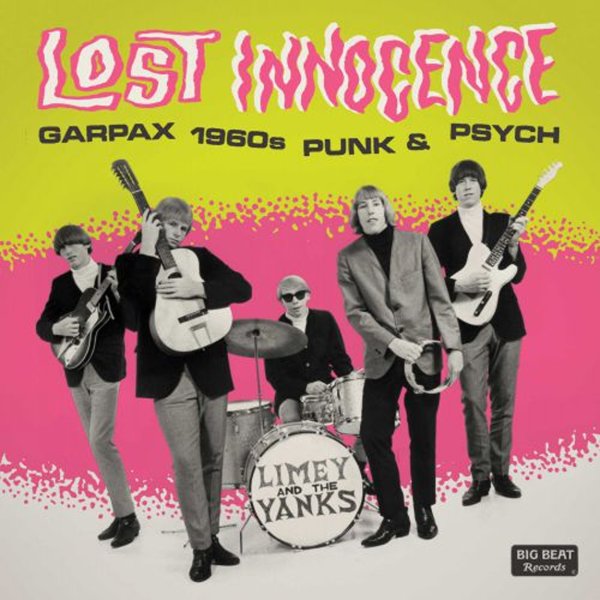 Snarling sounds from the LA scene of the 60s – really raw material that represents the more sinister side of the Sunset Strip scene – all pulled from the vaults of superproducer Gary Paxton! Paxton was one of the few that really had his ear to the ground at the time – and as with his work in other modes, the presentation of these gritty, garagey gems is superb – captured with just the right sort of sneer to make the edge in the music come through – still the familiar combination of guitar, bass, drums, and keyboards – but handled in ways that are very different than the sound of a few years before! The set features a number of unissued tracks appearing here for the first time ever, plus other gems issued as 45s on small labels in LA – 24 tracks, presented with detailed notes, on titles that include "My Dream" by The Buddhas, "I Told You So" by The Avengers, "In The Heat Of The Night" by Mental Institution, "See If I Care" by Ken & The Fourth Dimension, "The Highly Successful Young Rupert White" by The Chocolate Tunnel, "Melodyland Loser" by The New Wing, "Our Love Should Last Forever" by The Whatt Four, "Grey Zone" by The Fog, "Guaranteed Love" by Limey & The Yanks, "Peddlers Of Hate" by Don Hinson, "I Need Love" by The New Wing, "I'll Never Let You Go" by Carl Walden & The Humans, "When It's Over" by The Avengers, "You Better Stop Your Messin Around" by The Whatt Four, "Leather Coated Cottage" by Limey & The Yanks, and "This Freedom I Have Found" by an Unknown Artist.  © 1996-2021, Dusty Groove, Inc.