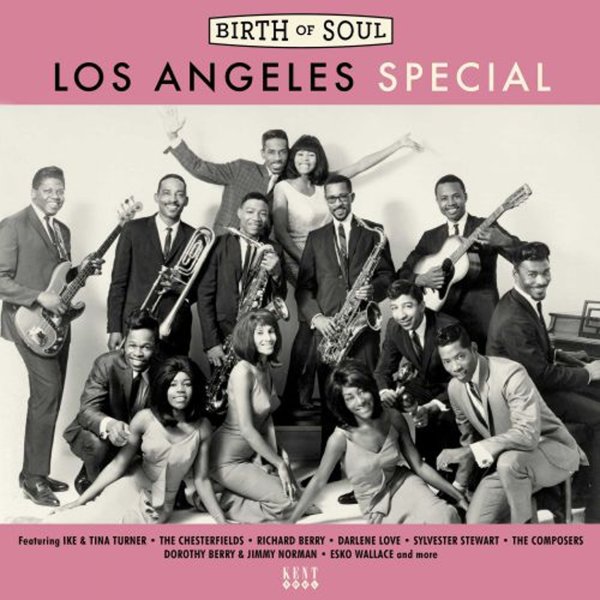 Rare work from the early years of soul music – and a special set that focuses on sounds created in and around Los Angeles – a city that's not nearly as well known for 60s soul as Chicago, Detroit, or New Orleans! Yet during the postwar years, LA had just as much going on as those eastern cities – a huge new population influx, who'd move over from the south during the wartime years – and new labels that had cropped up to capture their sounds and serve their audience! 50s LA was already humming with R&B material, which gave the rising styles of soul plenty of places to get recorded – so much so, that there's even some work on this set that was never issued at the time! The vibe is great – similar to other Birth Of Soul sets from Ace/Kent – in that the music carries a bit of R&B and blues bite from earlier years, mixed with more romping and tighter soul styles – in a smoking set list of 24 tracks that include "But What About My Broken Heart" by Don Wyatt, "Everybody's Got A Lover But Me" by Richard Berry, "Have You Heard" by The Vows, "With These Hands" by The Wonders, "You Better Watch Out Girl" by The Imperialites, "Lose My Cool" by Ike & Tina Turner, "Let Him Walk Away" by Darlene Love, "My Pillow" by The Numbers, "Help Me With My Broken Heart" by Sylvester Stewart, "That Other Guy" by The Mandarins, "Don't Drop It" by The Question Marks, and "Young Lover" by Wilks & Wilkerson.  © 1996-2022, Dusty Groove, Inc.