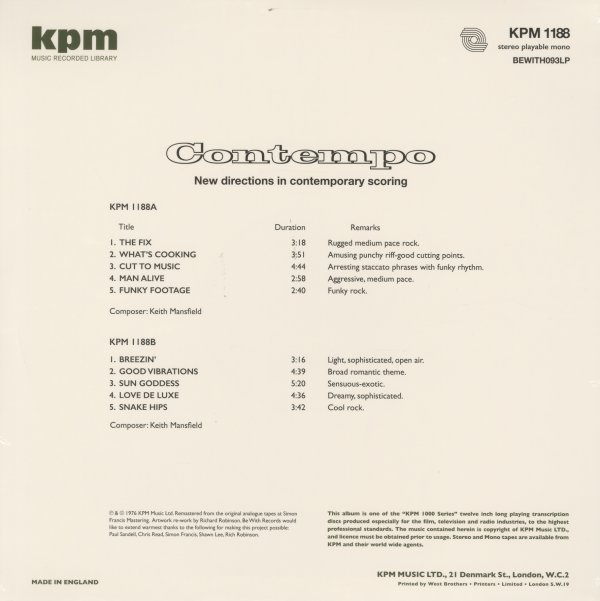 A record with an unassuming cover, but a set that's overflowing with a fantastic array of funky instrumentals – and maybe a lot more so than any other mid 70s records with a more soul-styled cover! Keith Mansfield is an unassuming guy – mostly laboring in relative obscurity of the Brit sound library scene, as on this record for KPM – but he makes real magic with funky drums and soul-drenched horns – often beating the best of the blacksploitation generation at their own game – with so many tunes here that are aching to be sampled, you might actually throw away all your different Shaft-based soundtracks for this one no-filler record! Titles include "Snake Hips", "Funky Footage", "Man Alive", "Cut To Music", "What's Cooking", "Good Vibrations", "Breezin", and "Sun Goddess".  © 1996-2022, Dusty Groove, Inc.