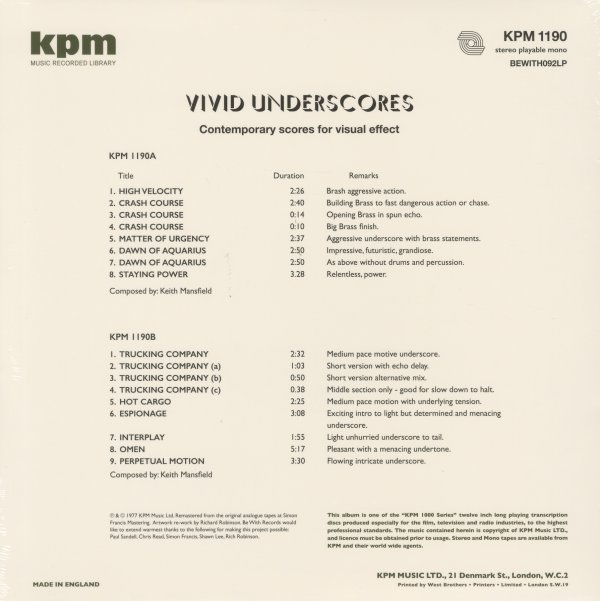 A sound library masterpiece from the great Keith Mansfield – a UK maestro who was very adept at an older style of keyboard funk at the start of the 70s, but who here moves into a range of styles that also point the way towards 80s grooves to come! There's still lots of full instrumentation in the mix – this isn't one of those keyboard-only sound library sessions – but Keith changes up his instruments from track to track, and uses the other backing, especially the drums and horns, to keep things full of color, without the coldness that might happen if other artists were handling these keyboards. Titles include "Trucking Company", "High Velocity", "Crash Course", "Dawn Of Aquarius", "Staying Power", "Matter Of Urgency", "Hot Cargo", "Espionage", and "Omen".  © 1996-2022, Dusty Groove, Inc.