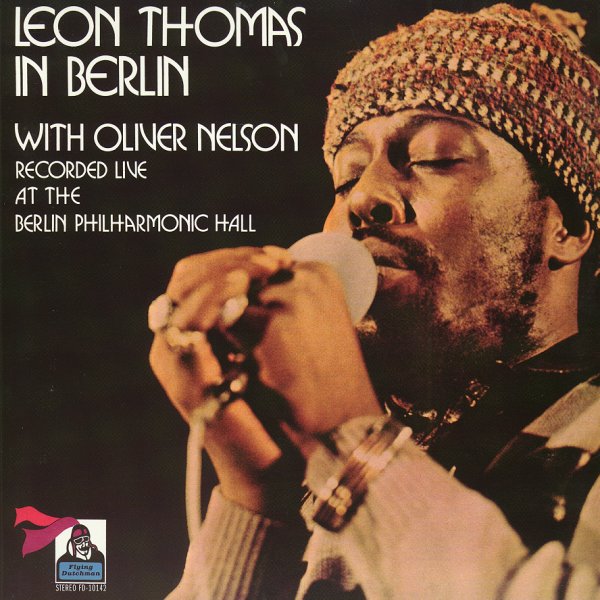 A wonderful live performance by vocalist Leon Thomas – and a set that seems to link together both his own excellent solo material of the time, and his key Impulse recordings with Pharoah Sanders! The group here is a small one – with the wonderful Oliver Nelson on alto sax, showing off his more spiritual side here in ways that didn't always happen on other records of the period – in a quintet lineup that also features piano, bass, drums, and some nice extra conga work! Some material has Thomas really stretching out and getting spiritual – as on the remakes of the Sanders numbers "The Creator Has A Master Plan" and "Pharaoh's Tune (The Journey)" – and then he even gets a bit more avant and outside on the track "Umbo Weti", then moves to straighter bebop vocalese on a sweet take on "Straight No Chaser". A great record – and one that really sums up his genius!  © 1996-2021, Dusty Groove, Inc.
(Part of the "Solid Records – Jazz Giants" series!)