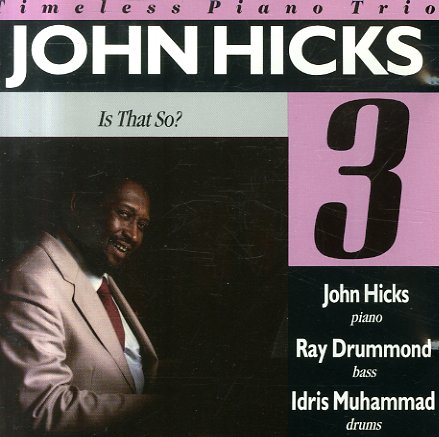 The title alone is more than enough to win us over here – as it's a great Duke Pearson composition that turns out to be a wonderful showcase for the most lyrical modes of pianist John Hicks! That tune's the leadoff, and it really sets the tone for the record – a gently soulful set that has Hicks working in a wonderful trio with Ray Drummond on bass and Idris Muhammad on drums – both players with a warmly melodic feel, especially Drummond – who seems to create this resonance with John's piano. Titles include "Is That So", "Emily", "Yesterdays", "I'll Remember April", "Sonnymoon For Two", and "April Eyes".  © 1996-2021, Dusty Groove, Inc.
(Part of the "Solid Records – Jazz Giants" series!)