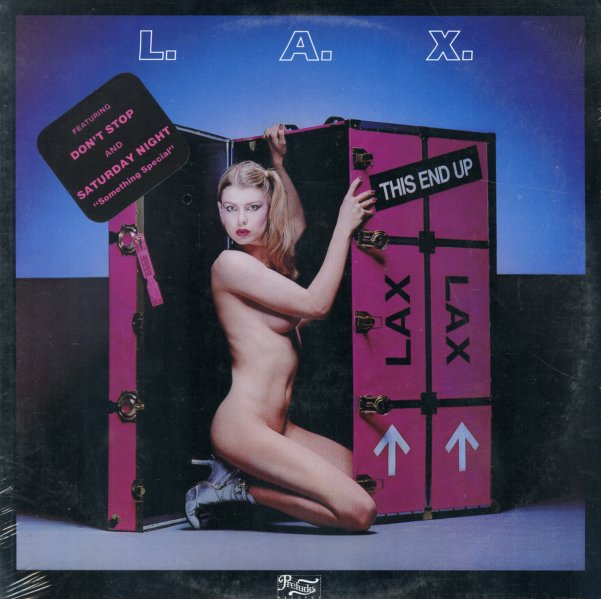 As you might guess from their name, LAX hail from the west coast – one of the few groups from that part of the country to record for Prelude, and every bit as great as the club acts from the east! Ralph Benatar handles arrangements and songwriting here – and lead vocals are by Laura Lucero and Roy Galloway – trading off a bit between the tunes, but also singing together in sweet duet formation at times too! The quality of the set is higher than you'd expect from the cheesy cover – almost equal parts soul and disco – with tracks that include "Woman Ad Lib", "I Don't Wanna Be Under Cover", "Don't Stop", "Saturday Night Something Special", "Slow Disco Dancing", and "Dancin At The Disco". CD features bonus tracks – "Dancin At The Disco (7" mix)", "Dancin At The Disco (7" inst)", and "Dancin At The Disco (12" inst)".  © 1996-2021, Dusty Groove, Inc.