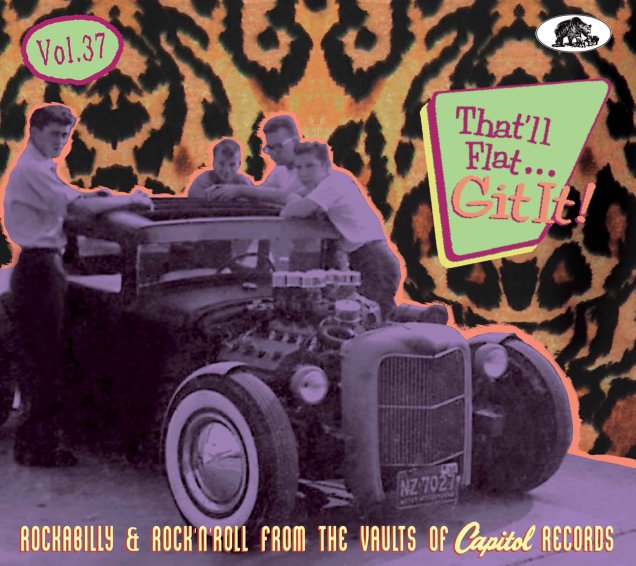 A killer batch of cuts from the early days of rock and roll – and a great collection of work from one of the coolest labels of the 50s! Sure, Capitol Records wasn't the same sort of indie powerhouse as labels like Sun or Atlantic – but the company always did a great job with country music, which made it a key force in helping to push the postwar hillbilly sound into much harder hitting modes! Capitol's production and handling of artists was always great – and producer Ken Nelson also had a great ear for young talents who may not have hit the charts at the label, but who really got a great shot at top-shelf material in a really groovy setting. This package is overflowing with gems that testify to Capitol's importance in the rockabilly and hillbilly years – 35 titles that include "Adult Western" by Bobby Louis, "You're Gonna Have To Bawl That's All" by Ray Parks, "Grizzly Bear" by Jack Scott, "Bessie Baby" by Jerry Reed, "My Lovin Baby" by Nick Greene, "You're There" by Skeets McDonald, "Natural Natural Ditty" by The Jodimars, "Move It On Over" by Rose Maddox, "Baby I Love You" by Del Reeves, "Everybody's Talkin" by Bob Luman, "What'll I Do Call The Zoo" by Darrell McCall, "I Can't Stop Loving You" by Sonny James, "Let Me In There Baby" by Billy Strange, "Flea Brain" by Gene Vincent, "Big Fat Sally" by Ronnie & Roy, and "Wild Streak" by Johnny Fallin.  © 1996-2021, Dusty Groove, Inc.