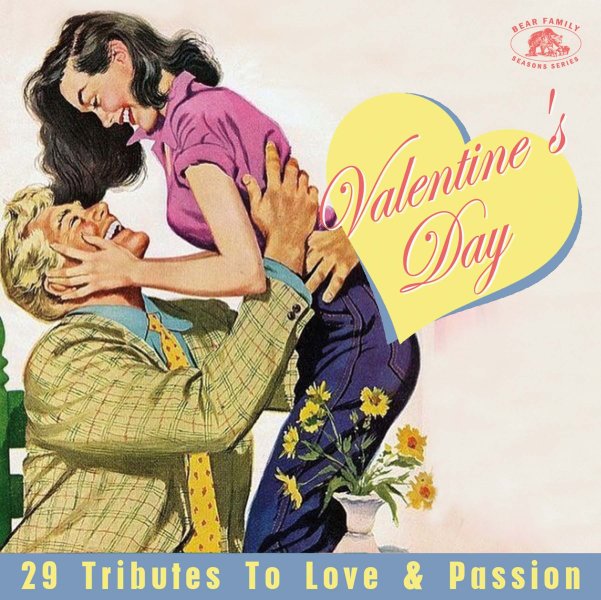 A sweet little valentine, and one with a real 50s feel – a vibe that really lives up to the cover, served up here in tunes that mix together rock, pop, jazz, and country-styled modes! The set's got the best sort of Bear Family snap and sparkle – really well-chosen tunes that go way past the obvious – united with a theme of love and romance, but all pretty upbeat, rocking, and plenty darn fun overall! A good deal of the tracks here are brand new to our ears – great nuggets wrestled from the farther reaches of the postwar single boom – and titles include "She's The One For Me" by The Aquatones, "Love Me Forever" by Jodie Sands, "Baby Of Mine" by Tom Dorsam, "My Love Will Never Die" by The Channels, "Tongue Tied" by Jimmy Maddin, "Liebetwist" by The Violents, "I'm Sending You Red Roses" by Jimmy Wakely, "You Are My Destiny" by Paul Anka, "My Funny Valentine" by Mary Kaye Trio, "My Hero" by Sue Thompson, "Come Softly To Me" by The Fleetwoods, "You're My Inspiration" by Nancy Lee & The Bachelors, and "Forever" by Billy Walker.  © 1996-2022, Dusty Groove, Inc.