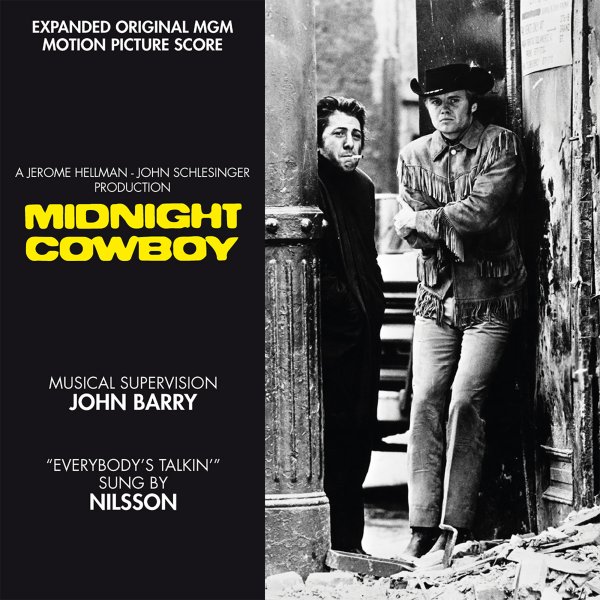 A sublime soundtrack from John Barry – common, to be sure, but also a wonderfully-crafted set that goes way beyond the stereotypes of his work for the James Bond films! The record is probably best known for Nilsson's famous version of the Fred Neil tune "Everybody's Talkin" – which is great in itself – but it's Barry's own work on the title theme that we totally love. "Midnight Cowboy" is a darkly turning slowly pondering tune that will haunt us until the day we die – performed here on the original number with a sad-tinged harmonica that unites both the country of Joe Buck's roots and the sleaze of the love generation. The tune's great – and is matched here by the whimsy of "Florida Fantasy", and the Barry tracks "Fun City" and "Science Fiction". But also, Barry acted as the overall music director for the film – and used some tracks from the hip group Elephant's Memory, plus others by The Groop – but offbeat acts who really fit the spirit of the film. The record's almost worth it just for the cut "Old Man Willow", a really tripped-out longer track from Elephant's Memory – swirling around in organ and hippie vocals, and oddly echoing the main Barry theme of the set at times! This stunning 2CD set features a massive 42 tracks in all – the original album, which features bonus tracks by Barry, Lesley Miller, Nilsson, and The Groop – plus 23 more tracks from the film score – which really expand on all the cool touches that Barry brought to the instrumentation!  © 1996-2021, Dusty Groove, Inc.