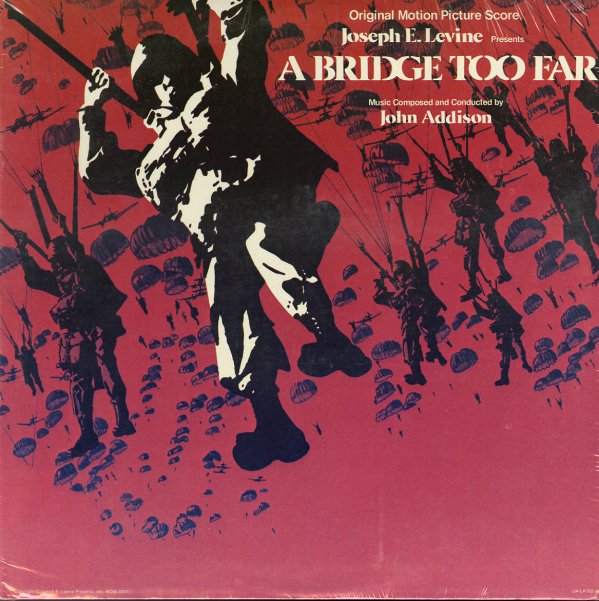 One of the greatest 70s moments from film composer John Addison – music scored for an all-star movie that was maybe a bit too all-star in the long run – but which features Addison really knocking it out of the park with the music! The vibe is more like the best 60s war dramas than you'd guess from the date – orchestrations that mix together bold passages of action with some more subtle dramatic moments – woodwinds and strings used by Addison with effortless ease, and often some nicely dark touches lurking in the deep backgrounds! Titles include "Human Roadblock", "Nijmegen Bridge", "Underground Resistance", "Before The Holocaust", "A Dutch Rhapsody", and "March Of The Paratroopers". 2CD edition – the original soundtrack album, plus a huge amount of bonus tracks – 35 more numbers from the original film recordings, wrapped up with very detailed notes as well!  © 1996-2021, Dusty Groove, Inc.