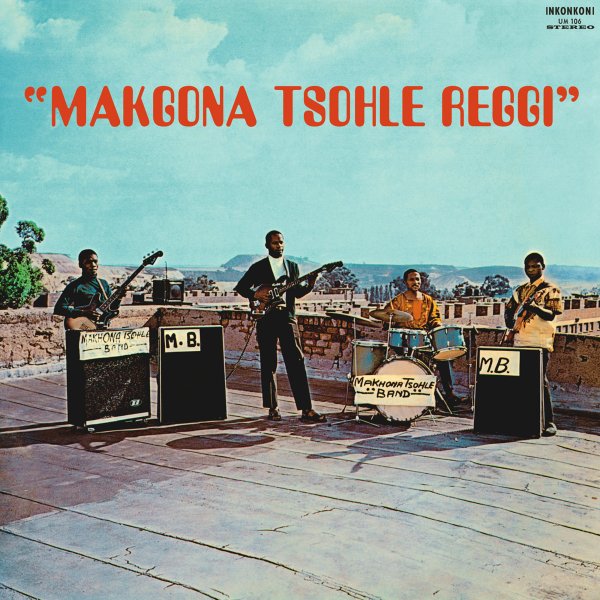 A really sweet little record from the South African scene – one that mixes together elements of American instrumental soul with Jamaican-influenced rhythms – but with a vibe that's a bit unlike anything else we can think of! The music here is credited to the Makgona Tsohle Band, but the back cover also lists The Big Bag Boys, Sha Sha Boy, and Marks Maknwane & His Alto Sax – possibly variations on the same group, or maybe not. We can tell you that the work is all instrumental, heavy on sweet guitar lines that riff along with the rhythms – sometimes with these nicely offbeat organ lines, other times with some strong solos on alto or tenor saxophone! Titles include "Marks Special No 2", "Bajiskise Bops", "Paul Reggi", "Soul Track", "Inkalakatha", "Shazulu Marks No 3", and "Isihlahla Samabhungu".  © 1996-2021, Dusty Groove, Inc.
(Limited edition of 400!)