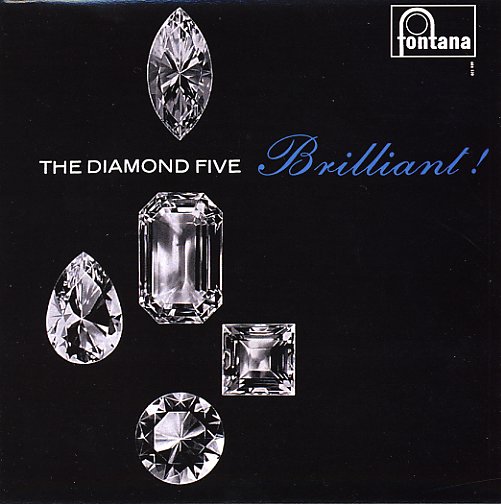 A rare bit of Dutch jazz from the 60s – a hip quintet led by pianist Cees Slinger, and featuring a cooking lineup that's every bit as great as groups coming out of the British or French scenes at the time. Slinger was the pianist in the legendary Wessel Icken trio – and through his years in that group, he developed a solid swing that started stretching out into a more modal styled groove – and works here with Cees Smal on trumpet, Harry Verbecke on tenor, Jacques Schols on bass, and John Engels on drums – all top shelf players too! Many of the tracks on this set are a lot more adventurous than you might expect from the staid look of the group – and the album burns with the warmth and originality of some of the best Saba records of the late 60s, with slightly longer tracks that really stretch out, both in terms of rhythm and solo work. The writing is superb, and all titles are originals by European players – with tracks that include "Ruined Girl", "Lutuli", "Lining Up", "New Born", and "Monosyl".  © 1996-2021, Dusty Groove, Inc.

Funky Thide Of Sings
Atlantic/Music On Vinyl (Netherlands), 1975. New Copy
CD...$12.99 13.99
Billy Cobham's always got something funky going on in his music – and this 70s classic for Atlantic Records has the drummer at the height of his powers – really mixing together jazz, rock, and funk impulses – all without some of the overindulgence of his more jamming records of ... CD