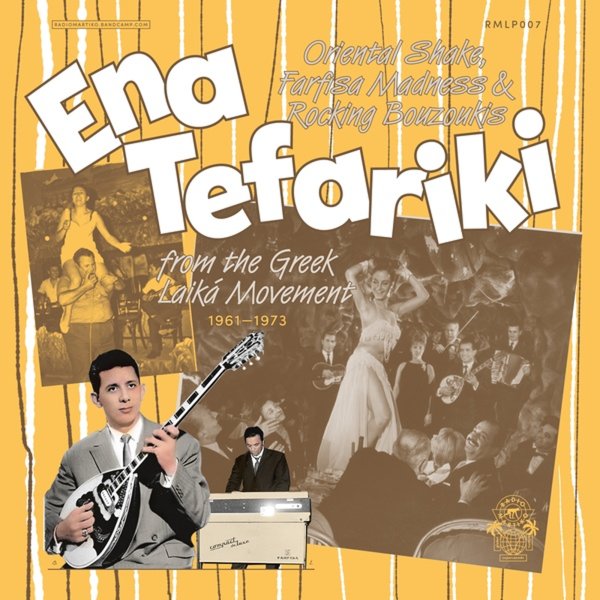 A fantastic combination of sounds – as older Greek modes hit the rock and roll years, get electrified, and turn out all these amazing records in the process! Part of the sound here comes from an electrified version of the bouzouki – often used with a deftness that might rival American surf guitar greats, but set to percussion that's rawer and different than standard drums – sometimes sweetened with larger orchestrations, sometimes just given a lead focus next to a strong-voiced singer – and almost always produced with all sorts of cool effects and elements that make the whole thing sound even greater than just the sum of its parts. There's plenty of keyboards too – including the Farfisa mentioned in the title – and the set features a huge booklet of notes to help explore the amazing sounds within, from artists who include Vassilis Vassilliadis, Manos Papadakis, Charula Lambraki, Panos Gavalas, Sofia Kollitiri, Giota Lida, Katy Grey, Stratos Dionisiou, and a young Vangelis Perpiniadis.  © 1996-2021, Dusty Groove, Inc.