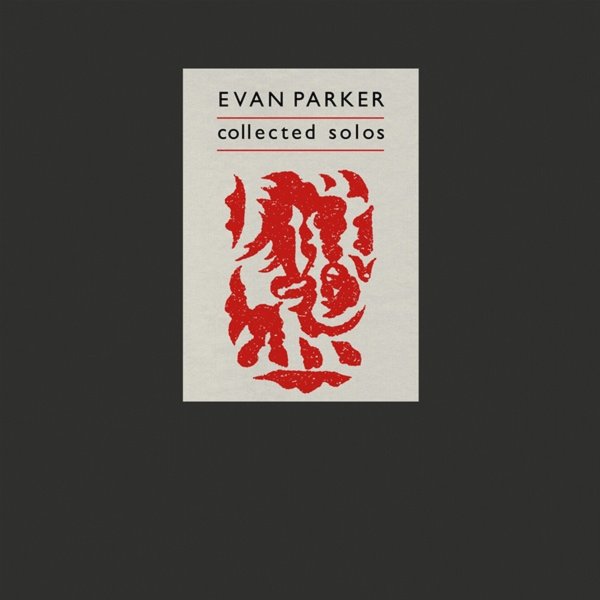 Four crucial albums from reed genius Evan Parker – brought together here in a limited, numbered set – with rare material on a bonus cassette, and a signed booklet of notes! First up is Saxophone Solos – completely unfettered solo saxophone work from Evan Parker – extremely intense, but not in an all-out blowing kind of way! Instead, Parker's got some incredible control on the valves here – playing with a frenetic sort of mode that's really incredible – freely improvising, but also really jamming too, with a dexterity that's simply amazing. That mix is what really set Parker apart from some of his contemporaries – a player who could be extremely sensitive at points, but also go head to head with some of the more fiercely-blown saxophonists of the European scene – and it's also a quality that's continued to make Parker so important as the decades move on. Titles include "Aerobatics 1", "Aerobatics 2", "Aerobatics 3", and "Aerobatics 4". Monoceros features Evan Parker, playing solo soprano sax – and recorded in a unique way that cuts his performance directly onto disc, which results in really stunning sound! The textures of Parker's music here are wonderful – bold notes mixed with more obscure sonic statements – all beautifully captured by the recording style, which features a solo microphone in the space of a room – so that the resonances of the reed lines are also reflected as they flow out into three dimensions. And unlike some other Parker material of this nature, the whole thing is very spontaneous and soulful – never too dry or academic, and much more with the vibrancy of Steve Lacy in a similar setting. Six Of One is another album of soprano sax – used exclusively by Evan Parker on the six improvised tracks on the set – each one very different than the other, and really showing the diversity and variation that Parker can bring to a performance! Often, the sound is very dense – tones and notes flowing effortlessly on top of one another – but clearly with this ear for sounds that often go beyond music, and a command of the instrument that rivals that of Steve Lacy in a similar setting – almost as if the record is Evan Parker's way of trying to claim a soprano saxophone title in the world of improvised music! The Snake Decides is an insanely wonderful piece of work from saxophonist Evan Parker – and maybe the record that will really have you deciding that Parker's a genius! The set is all solo soprano sax, recorded live in St Paul's church in Oxford – which creates this really rich sense of sound – but unlike other soprano solo records of this nature, the style is incredibly energetic and freewheeling – the sorts of long-spun, heavily blown lines you'd usually hear from a tenorist – and which really have us amazed at Parker's creativity, dexterity, and just all-out wind power too! The record might well be noteworthy for Evan's sense of breathing alone – as the music never seems to stop, as notes flow effortlessly from his fingertips – but there are sonic qualities that really send the album home, and which show why Parker was one of the greatest British improvising talents of the 80s. Titles include "The Snake Decides", "Buriden's Ass", "Haine's Last Tape", and "Leipzig Folly". Cassette features 10 tracks, all different "Aerobatics" recordings – done by Parker in the FMP studios in 1974!  © 1996-2021, Dusty Groove, Inc.
(Hand-numbered limited edition of 250!)