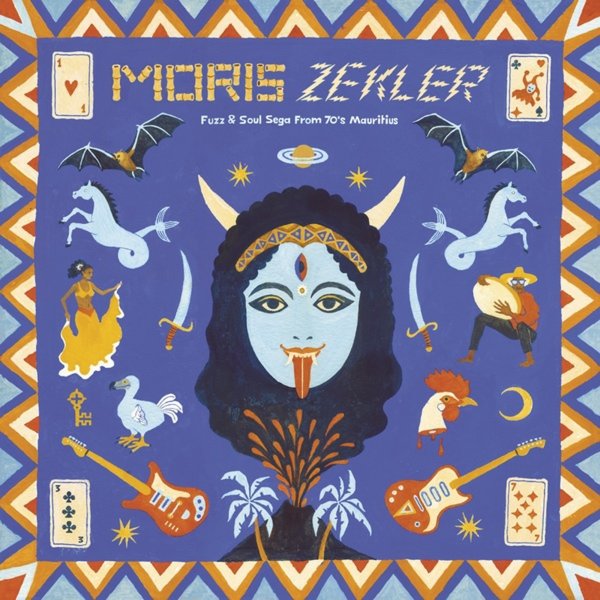 A totally wonderful collection of music from the very tiny scene in Mauritius – an island nation in the Indian Ocean, nicely poised at a real crossroads of culture during the 70s! The music here begins in the style of sega, which often features a local percussion instrument at the core of the rhythms – but there's a huge amount of the fuzz promised in the title, cool touches on both guitar and organ that are woven strongly with the percussion, in ways that almost feel like a psychedelic take on the sounds of East Africa! Most numbers have French vocals, and the blend of voice, fuzz, and rhythms is great – on titles that include "Maria" by Daniel Delord, "Capito" by Lelou Menwar, "Beau Pere" by Colouce, "Machin Sex" by Jean Claude, "Pop Sega" by George Gabriel, "Qui Fine Arrive" by Claudio, "Django" by Harold Betty, "Silvie" by Roland Fatime, and "Soul Sabattah" by The Features Of Life".  © 1996-2021, Dusty Groove, Inc.