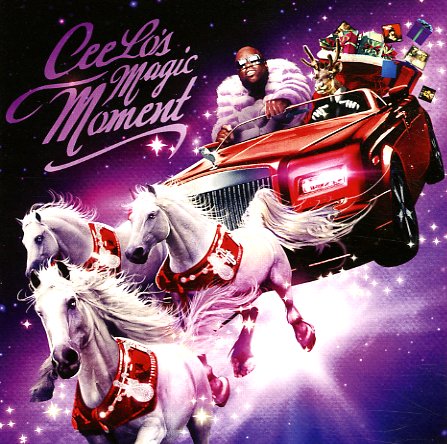 Ho, ho, ho from Cee-Lo – and a surprisingly great holiday release from Dirty South MC turned leftfield funky soul crooner, turned TV singing contest mentor – although we really should stop being surprised by what unlikely successes Cee-Lo Green can pull off! Cee-Lo manages to have a lot of fun with the classic Christmas songbook, and does so with genuine affection for the material. Includes some 60s pop R&B-styled chestnuts, some modern soul versions that Luther Vandross would probably be proud of and some good-natured (and unlikely) duets. A warm holiday win from Cee-Lo! Includes "What Christmas Means To Me", "All I Need Is Love" with The Muppets, "Baby It's Cold Outside" with Christine Aguilera, "Run Rudolph Run", "Merry Christmas Baby" with Rod Stewart and Trombone Shorty (Cee-Lo, we've loved you for a long time, but all the more for making that trio a reality), "Mary, Did You Know?", "Silent Night", "You're A Mean One, Mr. Grinch" with Straight No Chaser, "All I Want For Christmas" and more.  © 1996-2021, Dusty Groove, Inc.
(Limited edtion of 1000 – on green vinyl!)