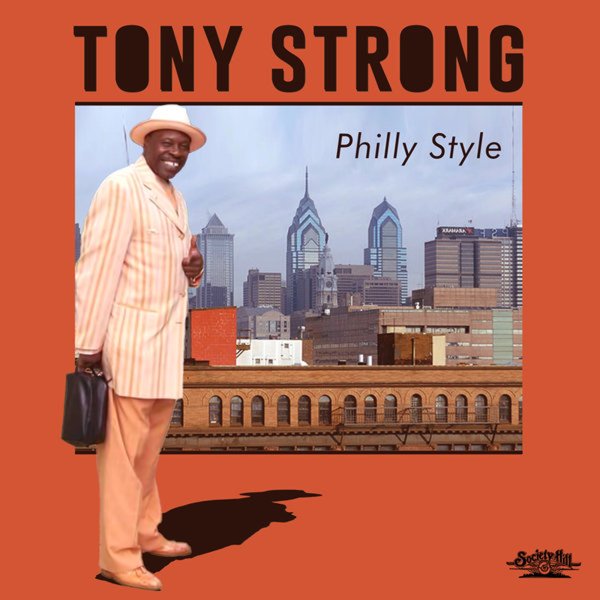 You may not know the name of Tony Strong – but the singer's been part of the Philly scene for years, and has worked in classic groups that include The Perfections, Blue Magic, Ebonys, and Intruders – as well as a reformed version of People's Choice! Tony brings all that experience to bear here, working with Butch Ingram and the Society Hill group – as he updates some Philly classics with a bit more of a contemporary groove, plus a few more tunes from other sources too. Titles include "Back Stabbers", "Jammin Philly Style", "If I Could Only Talk To Daddy", "United", "I'll Always Love My Mama", "Does Your Mama Know About Me", and "Me & Mrs Jones".  © 1996-2021, Dusty Groove, Inc.

Society Hill Goes Pop
Society Hill, 2019. New Copy
CD...$4.99 15.99
The Society Hill label goes pop, but not in a contemporary way – as the company's always been devoted to the best classic sounds of 70s Philly – which it explores here with the help of three different singers! The tunes include a lot of crossover classics you'd know from 70s radio, but ... CD

Cewbeagappic
Jazzland (Norway), 2003. New Copy
CD...$14.99 19.99
Stunning – simply stunning! This new album by Scandinavian group Beady Belle is the first to really unlock their full potential – and offers a haunting blend of jazz, electronics, and other elements that make for a record beyond description. Beady has a style that's impossible to peg ... CD

Songs From A Decade – The Best Of Beady Belle (3 CD set)
Jazzland (Norway), 2000s/Early 2010s. New Copy 3 CDs
CD...$24.99 34.99
A stunning collection – one that features all the best bits of this group that we totally love – plus a bonus live set too! Beady Belle are wonderful – a Scandinavian group, but one who've gotten plenty of play over here in the underground soul set for years – thanks to ... CD