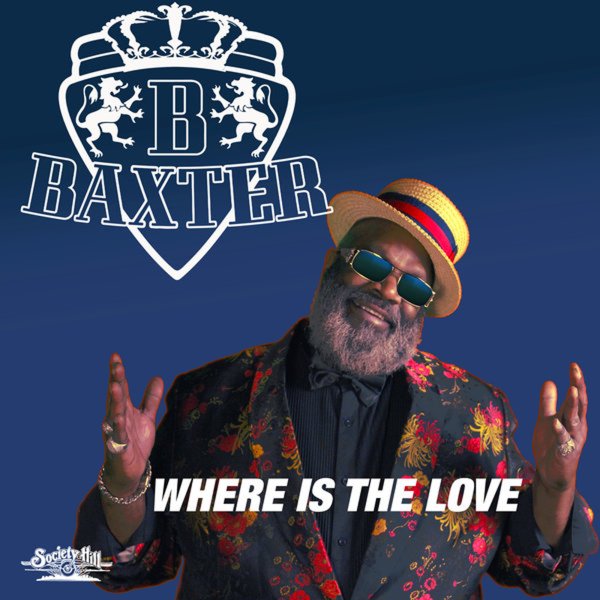 Where Is The Love

Philly singer Mark Baxter bills himself as the "ladies choice" when he's on the stage – but he's got a warm, mature vocal style that's right up there with some of the greats of his city from years back – including some of the bigger male vocalists to record for the Philadelphia International label in the 70s! Baxter continues that legacy here in a nice way – especially hitting that mellow midtempo groove that Philly International had after the disco years – updated here with some more contemporary production and instrumentation, courtesy of the Ingram family. Titles include "Already Missing You", "Where Is The Love", "I'm Gonna Love You Just A Little More Baby", "You're My Latest My Greatest Inspiration", "Love So True", and "Standing Right Here".  © 1996-2021, Dusty Groove, Inc.

Jazzy Ladies Of Society Hill Records Vol 2
Society Hill, 2020. New Copy
CD...$11.99 14.99
Philadelphia is a city with lots of jazzy ladies – thanks to that special blend of jazz, soul, and class that really blossomed in the city during the 70s – and which has left Philly with a musical legacy that's distinct from so many other towns! That legacy is still going strong here ... CD

Rhythm & Soul – Sweet Love Songs
Essential, Late 60s/Early 70s. New Copy
CD...$11.99 14.99
A great collection of rare mellow soul from back in the day – the kind of sweet soul tracks that broke big on the Philly and New Jersey scenes at the start of the 70s – including a number of gems from the Stang/All-Platinum family of labels! Most tunes are nice and laidback, although a ... CD

Let's Make Love
Society Hill, 2019. New Copy
CD...$7.99 15.99
Sweet soul from Tru – a contemporary group from the Philly scene, but one who hearken back to some of that city's classic male trios of years back – with an easygoing vibe and warm sound that's perfect for the mix of classics and new material on the set! Production is by Butch Ingram, ... CD