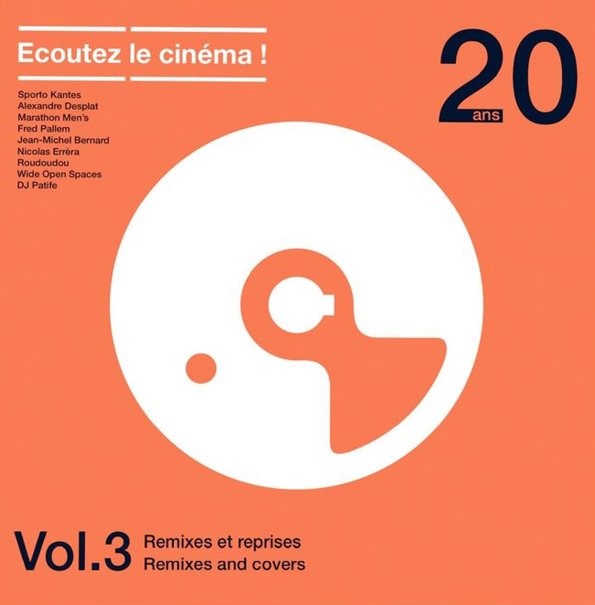 New takes on classic cuts from the glory days of French cinema – either remixed versions of the older tracks, or new constructions completely – brought together in a special celebration of the 20 years of soundtrack reissues in the Ecoutez Le Cinema series! As you'd guess, the focus here is very French – and titles include a remake of "Compartiment Teurs" by Michel Magne, done by DJ Patif; "La Horse (disco rmx)" originally by Serge Gainsbourg and Jean-Claude Vannier, handled by Marathon Men's; a version of "Melodie En Sous Sol" by Michel Magne, done by Fred Pallem with alto sax from Remi Sciuto; "Le Samourai Se Remixe", a fresh take on a tune by Francois De Roubaix, done by Nicolas Errera; a cool remake of the Francois De Roubaix tune "L'Homme Orchestra", done with Jean Michel Bernard on arrangements and Hammond; "Fantomas Se Remixe", a remix of Michel Magne's theme for Fantomas by Nicolas Errera; and "Dernier Domicile Connu/Le Mere Est Grande/L'Homme Orchestre" – all tunes by Francois De Roubaix, done in a "Jean-Luc Guitar remix" by Gonzales and Taylor Savvy.  © 1996-2022, Dusty Groove, Inc.