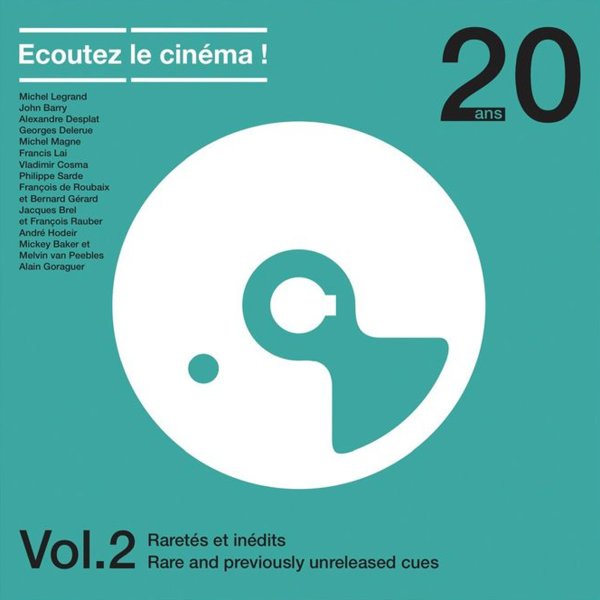 A host of rare and unissued tracks from the glory days of French cinema – a package that features material that didn't even appear in the dozens of CD soundtrack releases from the Ecoutez Le Cinema series! The set is very heavy on material from the late 60s and early 70s – and titles are a mix of styles, with some groovy, some swinging, and some straight. Titles include "Demenagements" by Michel Magne, "Tang Generique" by Vladimir Cosma, "Theme De La Permission" by Mickey Baker & Melvin Van Peebles, "La Louve Solitaire (theme et poursuite)" by Francis Lai, "Un Chois D'Assassins" by Alain Goraguer, "Les Portes Claquent (generique)" by Michel Legrand, "Colin Et Les Orphelines" by Andre Hodier, "Mon Oncle Benjamin (generique)" by Jacques Brel and Francois Rauber, and "Hold Up A Montreal" by Francois De Roubaix.  © 1996-2022, Dusty Groove, Inc.