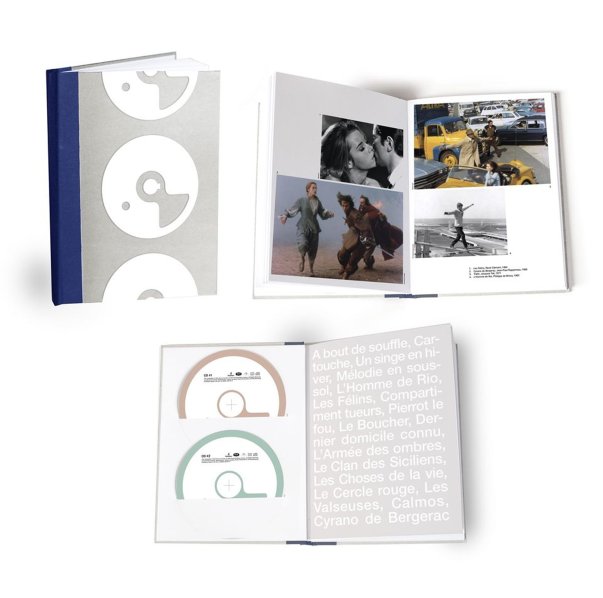 A wonderful celebration of the long-running Ecoutez Le Cinema series – a book-styled package that brings together dozens of rare and classic soundtrack tunes, plus a big booklet of notes! The CDs feature titles from across the series – 2CDs' worth of music from dozens of films, handled by top-shelf composers who include Lalo Shifrin, Quincy Jones, Michel Magne, Antoine Duhamel, Georges Delerue, Alain Goraguer, Martial Solal, Michel Legrand, Eric Demarsan, Francois De Roubaix, Krzystof Komeda, Jimmy Smith, Jean Claude-Vannier, and many others – with the strong focus on French film score artists that we've always loved in the series. The book is 90 pages, in full color, with lots of images of films and composers –and essays that bring together two different talents – Martial Solal on Jean Luc Godard, Alain Goraguer on Serge Gainsbourg, Costa Gavras on Michel Magne, Lalo Schifrin on Rene Clement, and so on. All these essays are in French, but the other contents are very enjoyable from a language-less perspective!  © 1996-2022, Dusty Groove, Inc.