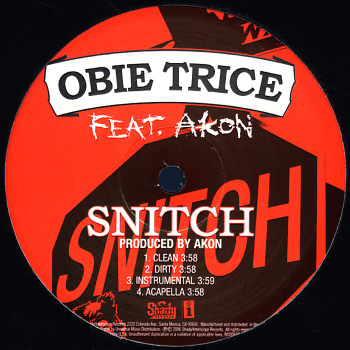 The first single from Obie's sophomore LP Second Rounds On Me. Features production and an appearance by Akon.  © 1996-2021, Dusty Groove, Inc.
(In a stickered Shady Records sleeve.)