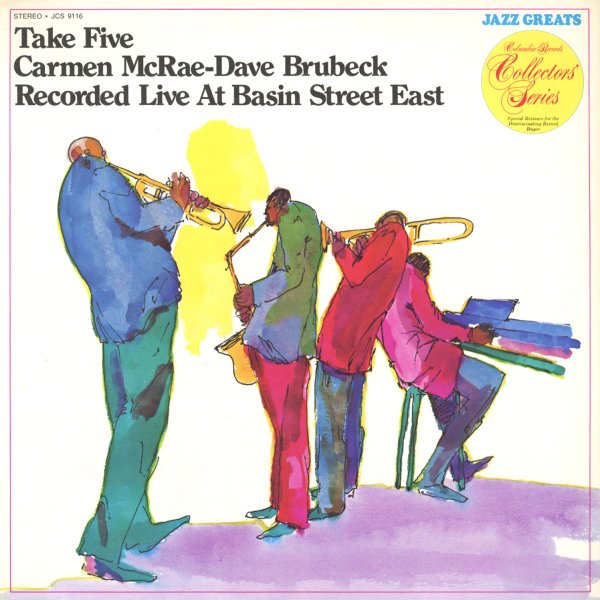 A rare jazz vocal album from Dave Brubeck – one that has the famous pianist working here with Carmen McRae – who served up a hose of vocal versions of some of Dave's best compositions! The format is a great one – a really fresh take on the Brubeck idiom, and a setting that makes the album one of Carmen's hippest ever – with a freer swing and deeper soul than most other dates of the 50s and 60s. Brubeck's group features lots of great alto from Paul Desmond – plus Gene Wright on bass and Joe Morello on drums – and titles include "Melanctha", "In Your Own Sweet Way", "Travellin Blues", "It's A Raggy Waltz", "Take Five", "Lord Lord", and "Ode To A Cowboy".  © 1996-2023, Dusty Groove, Inc.

Feelin Good
Mainstream, Early 70s. Near Mint- Gatefold
LP...$4.99
Sarah Vaughn hit a very groovy new style on her handful of records for the Mainstream label in the early 70s – a new approach that offered her amazing voice a way to stretch out with some of the new sophistication of the time! The arrangements are still jazz, but they've taken a direction ... LP, Vinyl record album