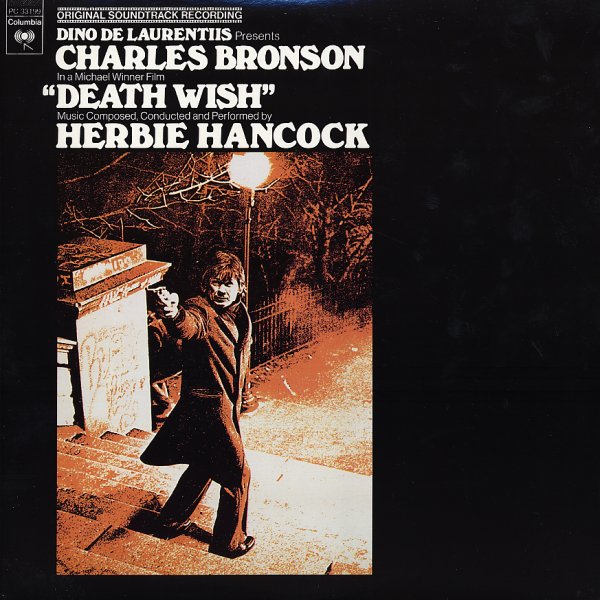 A killer 70s soundtrack from Herbie Hancock! The record takes the funky style that Herbie was cutting with the Headhunters, and blends it with some more sophisticated scoring that's top in the 70s action and blacksploitation modes – perfect for the dark theme of the movie's story. There's loads of funky bits with strings gliding over the top, and some more open-ended numbers with the sort of odd instrumentation and jazzy riffing that you'd find in Herbie's wilder numbers from the time. Cuts include "Death Wish", "Paint Her Mouth", "Rich Country", "Striking Back", and "Last Stop" – and side two is the full "Suite Revenge".  © 1996-2022, Dusty Groove, Inc.

Lite Me Up (with bonus track)
CBS/PTG (Netherlands), 1982. New Copy
CD...$11.99 19.99 (LP...$19.99)
A classic album of all-out soul from Herbie Hancock – done in close collaboration with Rod Temperton of Heatwave – in a jazzy-styled version of that group's own great groove! Temperton handled arrangements and a lot of songwriting, and most cuts have lead vocals from Wayne Anthony ... CD

Sextant
Columbia/Legacy, 1973. New Copy
CD...$6.99 7.99
An incredible record – and virtually the blueprint for countless other keyboard records to come! At the height of his 70s powers, Herbie really takes off into space with this set – moving away from more commercial music, and hitting a groove that's totally righteous, totally electric, ... CD