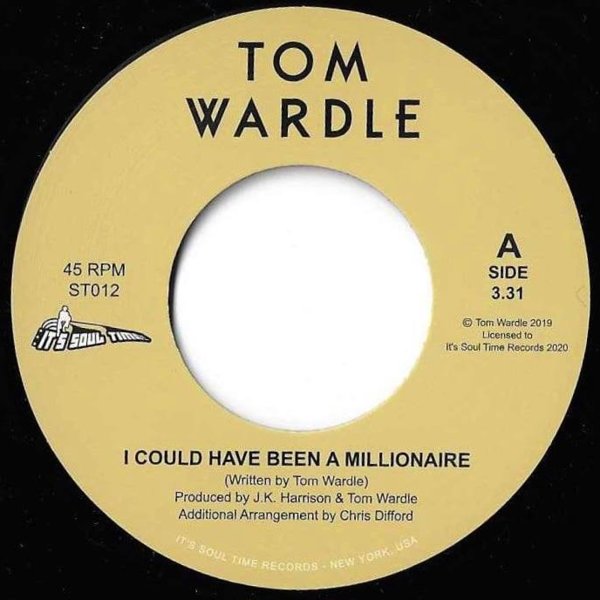 I Could've Been A Millionaire/Let Your Love Shine Out

Tom Wardle could've been a millionaire – and maybe that can still happen, given the catchy vibe of this modern soul tune! The vibe is great, and Tom's got this raspy vocal approach that takes us back to blue-eyed crossover material from years back – just right for the hook of the tune, and the mellow groove that carries things along! "Let Your Love Shine Out" is slightly more uptempo – almost Northern Soul in approach, and Wardle's upbeat voice really fits the spirit of the song!  © 1996-2021, Dusty Groove, Inc.