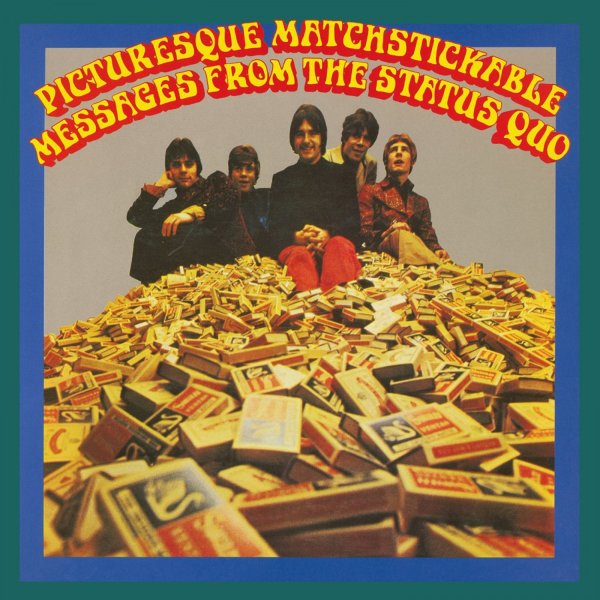 A seminal pop psych classic from the UK scene – served up here by a group that seem to borrow a bit of the energy from the late 60s Bee Gees at their trippiest, but who also really have a way for turning out a tune that has a very groovy vibe! Part of the credit might go to producer John Schroeder – a Brit sound library giant in his own right, and clearly able to make the sound of the records guitars, organ, and vocals sound incredibly groovy. But it's also clear that the group have plenty of great energy of their own – as they kept on going strongly, even after this early breakout record. Titles include their seminal "Pictures Of Matchstick Men", plus "Ice In The Sun", "Elizabeth Dreams", "Sunny Cellophane Sky", "Technicolor Dreams", "Black Veils Of Melancholy", "When My Mind Is Not Live", and "Spicks & Specks". Groovy cover, too, with the band sitting on a pile of matchbooks!  © 1996-2021, Dusty Groove, Inc.