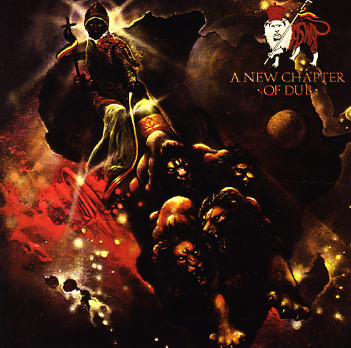 A new chapter in dub from Aswad – a set that points the way towards so many shifts that would take place in the music over the next few years – including the use of digital elements, and the rise of On-U Sound as well – all coming from crucial sounds created here on an Island Records classic! The set was mixed at Fallout Shelter, and has this really heady brew of deep dubby currents with occasional roots-inspired vocals – although those often get pretty abstracted into the mix. Instrumentation includes work from Vin Gordon on trombone, Brinsley Dan on guitar, Tony Gad on bass, and Drummie Zeb on drums – which often get this great splashy sound in the production. Titles include "Dub Fire", "Flikaflame", "Truth", "Bammie Blow", "Tuffist", "Shining Dub", "Zion I", "Natural Aggression", and "Ghetto In The Sky".  © 1996-2022, Dusty Groove, Inc.