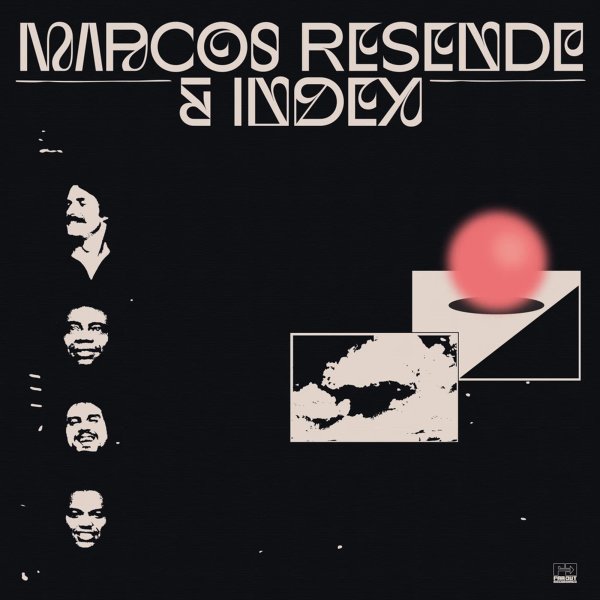 A Brazilian jazz keyboard masterpiece – a set you can put right up there next to the earliest records by Azymuth, even though this one's much more obscure! Keyboardist Marcos Resende never hit the kind of fame he deserved, but that also allowed him to be one of the most creative players on his scene – as he never had to go for crossover fusion material, and instead was able to let loose in amazing ways on a record like this – blending work on Fender Rhodes with other keyboards – in a quartet that features Rubao Sabino on bass, Claudio Caribe on drums, and Oberdan Magalhaes on tenor, soprano sax, and flute! The mix of reeds and keys is wonderful – spun out freely, but always with a strong sense of rhythm – that soaring, joyous approach to jazz that makes the best Brazilian albums of the period so wonderful. Titles include "Behind The Moon", "Martinha", "Nina Nenem", "My Heart", "Nergal", and "Praca De Alegria".  © 1996-2022, Dusty Groove, Inc.

Tempos Futuros
Far Out (UK), 2021. New Copy
LP...$22.99
Fantastic futuristic fusion from Alex Malheiros – best known as the bassist in Azymuth, but equally great here on his own – and in a completely different sort of way! The set's got heavy contributions from keyboardist Daniel Maunick, of Incognito fame – but the record's ... LP, Vinyl record album

La Rana
MAI/Far Out (UK), 1979. New Copy (reissue)
LP...$22.99 26.99
A landmark bit of Brazilian from Europe – and a sweet groover from guitarist Agustin Pereyra Lucena! The set was recorded in Oslo, but it's got the warm sound of a Brazilian jazz set from the time – with Agustin on acoustic guitar and percussion – backed by a quartet that ... LP, Vinyl record album