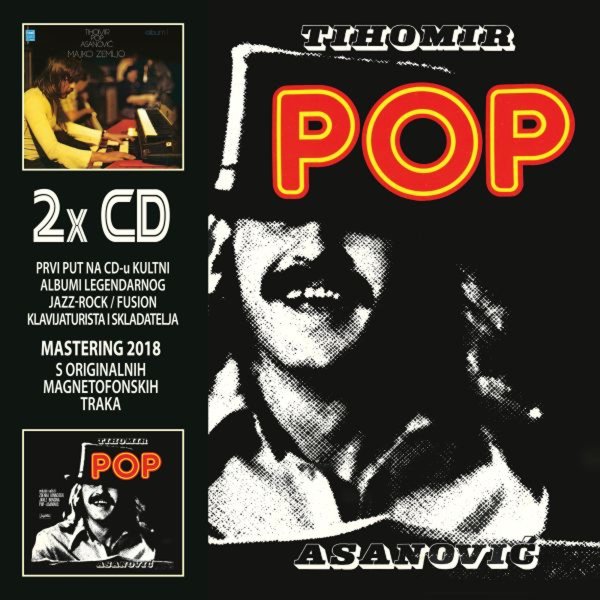 A pair of funky nuggets from Croatia – back to back in a single set! Majko Zemljo is the debut album from the mighty Tihomir Pop Asanovic – a hell of a keyboardist, and a singer with a nicely rough edge – one that makes the non-English lyrics of the set have a really great appeal, especially when they're laid out next to some great keyboard solos too! Instrumentation shifts slightly from track to track, but there's a fantastic funky combo working with Tihomir throughout –really giving the whole thing a jazz/funk/soul vibe that's quite a surprise from 70s Croatia. Titles include "Balada O Liscu", "Berlin 1", "Tema Za Pop Lp", "Telepatiia", "Ostavia Trag", and "Rokenrol Dizanier". Next up is the album Pop – a killer set from the 70s scene in Yugoslavia – a record that's got plenty of sweet Fender Rhodes next to the vocals – and a really universal funky appeal that goes way beyond the boundaries of language! The keyboards speak plenty, and even get some great space for jazzy solos at times – but even the vocal moments are great too, as Tihomir sings with a rough edge that falls in nicely next to the heavy bass and drums on the record – a bit of Croatian soul that furthers the funky vibe of the whole thing! Titles include "Usamljena Devojka", "Mali Crni Brat", "Vremena Je Malo", "Ekspres Novi Sad", and "Skakavac".  © 1996-2022, Dusty Groove, Inc.