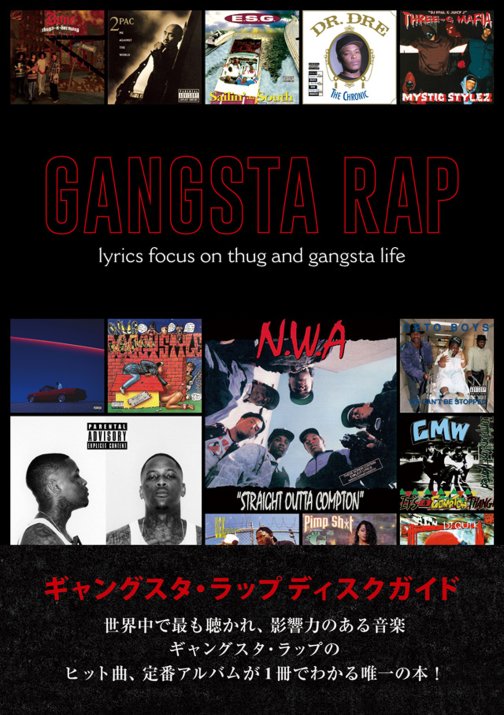 A special sort of Japanese disc guide – one that focuses on the key recordings in gangsta rap from the 80s onward – served up here in the usual format of these publications! As you might guess, the text is all in Japanese – but the book is filled with hundreds of album covers, along with artist, title, label, and release date all in English – so that even if you can't read the language, you can still understand the contents! There's a huge amount of titles in here that go way past the big hits and the obvious – and the book is laid out geographically, then chronologically – which makes for a great way to group these records together. Images are full color throughout, and there's some nice bonus pages of record covers too – and the book is 192 pages, softcover. And hey, if you use Google translate, you might be able to read some of the Japanese text too!  © 1996-2021, Dusty Groove, Inc.