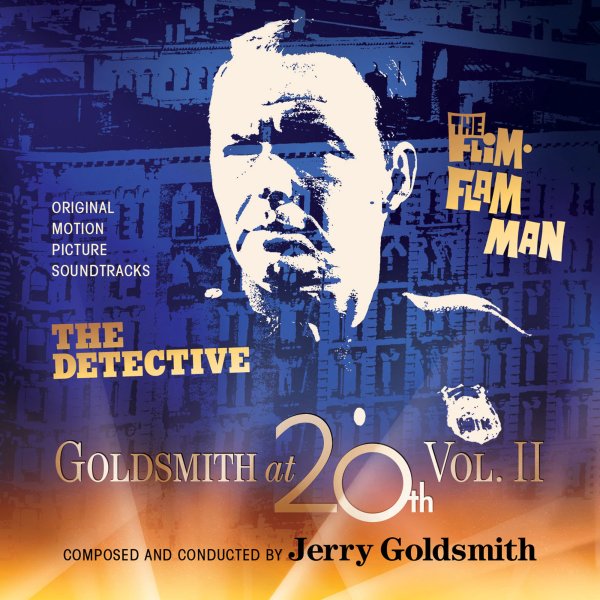 A pair of overlooked Jerry Goldsmith soundtracks – back to back on a single CD! First up is The Detective – a soundtrack we've been trying to find for years – given the way the music works perfectly in the surprisingly dark film! Goldsmith uses lots of jazzy tones in his scoring – especially trumpet lines – which works wonderfully not just for the urban location of the narrative, but to underscore the really melancholy mood of the whole movie – one of those Bullitt-era cop stories that shows the overwhelming effect of crime upon the outlook of a detective. There's a few weird touches in the mix – some swirling, almost watery moments – and titles include "A New Love", "A Family Affair", "Beach Scene", "Joe", "Night Talk", "The Safe Cracker", and "The Ball Game". The Flim Flam Man was recorded right around the same time, but is quite different – more rural than urban, with American themes that come through in the use of harmonica, woodwinds, and a bit of banjo and guitar – almost a Copland-esque fantasy of the country, but with warmer touches that both belie the comedic nature of the film, and the sensitivity that Goldsmith can bring to any sort of setting. CD features 16 tracks from the film – including "Stolen Property", "A Little Inspiration", "The Flim Flam Man", "A Good Trick/No Rest For The Wicked", "Curley's Plan", and "The Waiting Game".  © 1996-2022, Dusty Groove, Inc.