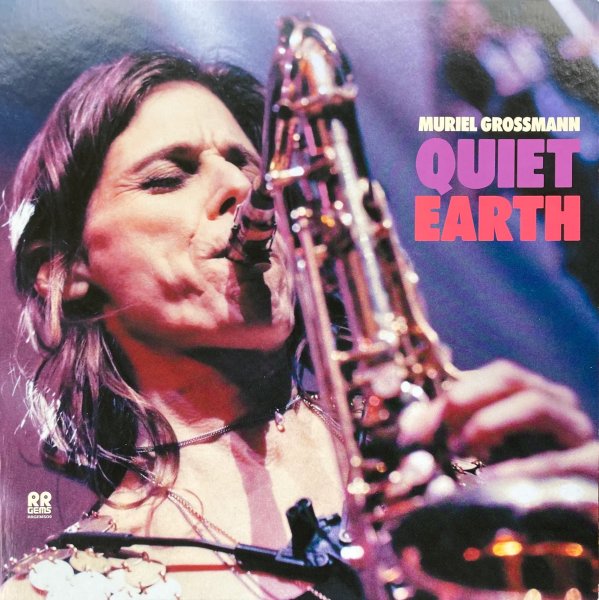 There's nothing quiet about the way that Muriel Grossman approaches her music – as the saxophonist is one of the boldest, strongest voices in jazz in the past decade – one of the key proponents of the new spiritual underground, and a player who just seems to win us over more and more with each new record! This album's got the amazing rhythmic pulse of Grossman's previous records, but also shifts the sound slightly too – as in addition to the fantastic use of guitar by Radomir Milojkovic, the set also features these strongly swirling organ lines from Llorenc Barcelo – in a way that makes us imagine what it might sound like if we ever got to hear those lost jam sessions between John Coltrane and Larry Young! Grossman blows tenor, alto, and soprano sax here, with a rich sense of imagination throughout – and the rest of the group features Gina Schwarz on bass and Uros Stamenkovic on drums – on long titles that include "Wien", "African Call", "Quiet Earth", and "Peaceful River".  © 1996-2022, Dusty Groove, Inc.
(Limited to 1500 copies.)