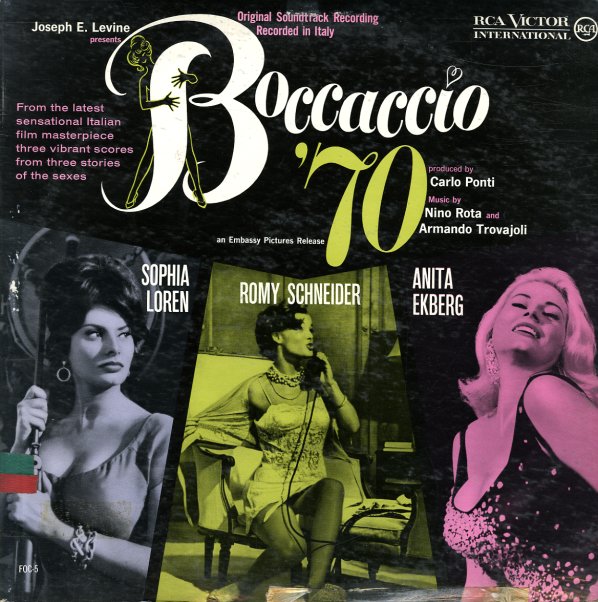 A key early 60s soundtrack from the Italian scene – one scored by two of its rising stars, for a project that features stories from three different directors – Federico Fellini, Luchino Visconti, and Vittorio De Sica! All the material is comedic, but with plenty of mod and groovy touches along the way – and Rota scores the Fellini and Visconti material, with a mode that's maybe a more playful take on the territory of La Dolce Vita. Trovajoli handles the De Sica score, and turns in more tunes than the other two stories – really groovy numbers that definitely point the way towards Italian cinematic modes to come. Titles include "Riffa Cha Cha", "Valzerino Della Riffa", "Soldi Soldi Soldi", "A Spasso Per Roma", and "Slow Di Pupe".  © 1996-2021, Dusty Groove, Inc.