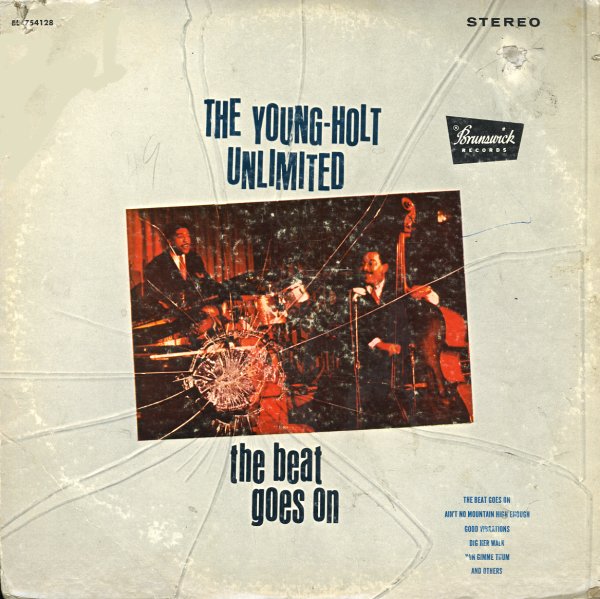 The beat goes on, and just keeps getting better and better too – thanks to the growing sophistication of the Young/Holt duo, once they broke away from Ramsey Lewis! The bass and drums share equal space in the spotlight – and the production has the former really up high in the mix, which makes for a non-stop sort of energy that begins with the group's jazzy roots, but often takes off tighter flights into instrumental funk! And unlike the group's initial trio outing for Brunswick, this album has some great larger arrangements from Sonny Sanders – who brings in lots of excellent funky touches. Titles include a number of strong original instrumentals like "Yon Gimme Thum", "Dig Her Walk", "Baby Your Light Is Out", "Yum Yum", and "Doin' The Thing" – plus covers like "Listen Here", "Good Vibrations", and "The Beat Goes On".  © 1996-2021, Dusty Groove, Inc.