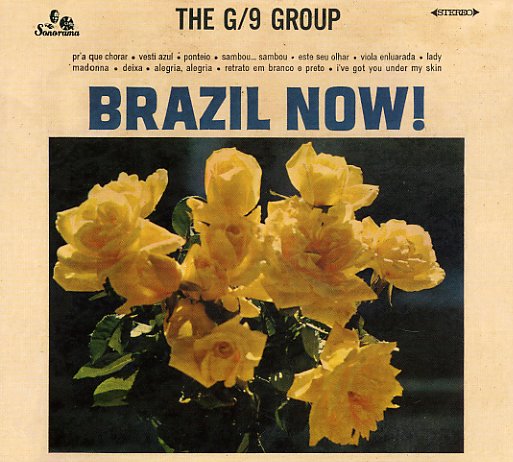 A lost bit of dreamy bossa from the 60s – recorded in Brazil at the end of the decade, but unavailable to most of the world for years! The session's got a gently snapping, always jazzy approach that easily matches the best takes on the bossa coming out from Rio and LA at the time – and the album's done in a style that really makes best use of the warmly soulful piano lines of Dom Salvador, while also hitting some harder rhythms that bristle with plenty of bossa jazz energy, thanks to the presence of drummer Wilson Das Neves! Vocals are often in a mode that showcases singer Valeria, but with support from harmonies on the chorus – and the record's got a sunny sort of groove that almost reminds us of classics by Mario Castro Neves & Samba SA! Titles include "Sambou Sambou", "Ponteio", "Viola Enluarada", "Vesti Azul", "Lady Madonna", "Deixa", "Alegria Alegria", and "Retrato Em Branco E Preto".  © 1996-2021, Dusty Groove, Inc.

Fingers/Airto & Deodato In Concert (SACD multi-channel disc)
CTI/Vocalion (UK), 1973. New Copy
CD...$19.99
CTI Records meets that Brazilian fusion sound of the 70s – served up here on two classic albums! Fingers is one of Airto's greatest records ever – a really hard hitting batch of tracks that mix sharp-edged fusion lines with some earthier Brazilian percussion touches – all in a ... CD

Aguia Nao Come Mosca
Atlantic/Mr Bongo (UK), 1977. New Copy (reissue)
CD...$10.99 11.98 (LP...$19.99)
An incredible little record – and the set where it really all comes together for this legendary funky jazz group! Azymuth were already great on their debut, although maybe a little experimental at times – but here, they really find the soulful groove that later got them big fame on the ... CD

Brazil USA 70 – Brazilian Music In The USA In The 1970s
Soul Jazz (UK), Early 70s. New Copy
CD...$19.99 22.99
Fantastic grooves from the 70s – tracks that are part of a great second wave of Brazilian music to hit our shores, then take off in a whole new direction! The US was no stranger to Brazilian sounds in the 60s – given the popularity of bossa nova and a few other styles – but as ... CD

Tempo
Six Degrees, 2021. New Copy
CD...$11.99 12.99
Gently beautiful work from Dom La Nena – a set recorded in Lisbon, but with echoes of French chanson and Brazilian bossa – all given a contemporary twist, but in a very subtle way! Dom is probably one of the most understated artists issued by the Six Degrees label – very personal ... CD

Preludio
Now Again, 2020. New Copy
CD...$6.99 15.98
A contemporary record, but one that's got all the depth, warmth, and complexity of some of our favorites from the 70s – music that more than strongly lives up to the legacy of Egberto Gismonti and Edu Lobo! Fabiano Do Nascimento has a way of mixing acoustic guitar with really compelling ... CD