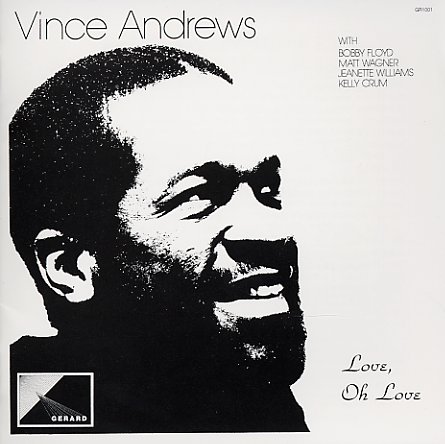 A great little batch of jazzy soul by Vince Andrews – a vocalist and sax player from Columbus, Ohio – which is where he recorded this obscure early 80s set, a record with a vibe that's maybe more 70s overall! The record has a great little groove – kind of that Charles Earland stepping vibe that we love on his late 70s Muse recordings – supported by some sweet organ work from Bobby Floyd, a player we don't know at all, but who really shines here! Most of the cuts just feature a trio – with Matt Wagner on drums, and Vince on alto, tenor, soprano sax, and flute – working through mostly original material that includes "Love Oh Love", "Akila", "The One Who Needs You", "Being With You", and "Vibrating With Vince". CD features a bonus alternate take of "Love Oh Love".  © 1996-2021, Dusty Groove, Inc.