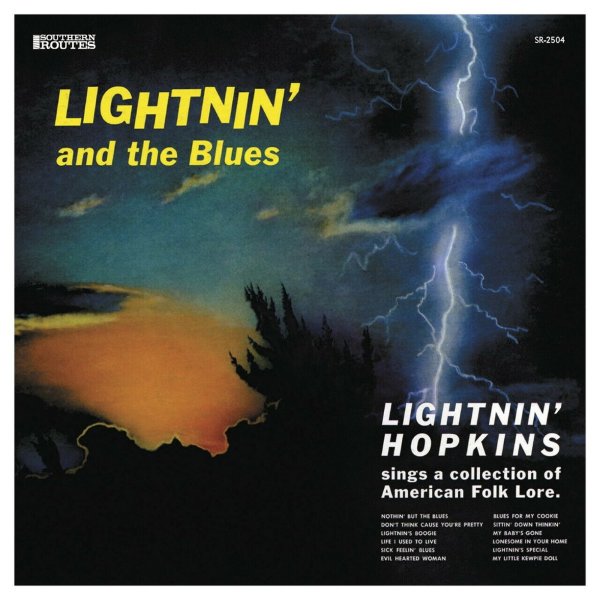 Lightnin Hopkins at his best – a set that rings out with all his bold electric tones on the guitar, yet which also has the moody, stripped-down feel of a blues recording from a few decades before! The electricity really does a lot to deepen the tone – both in the echo from Hopkins' guitar, and in the way his vocals stretch out in the same space! There's no other backing at all – which makes for a moody feel, and a quality that lives up to the "folk" in the title – yet Lightnin also gives the whole thing a crackling sort of energy that's also very much in the best postwar blues mode. Titles include "Sick Feelin Blues", "Blues For My Cookie", "My Baby's Gone", "Lightnin's Special", "Nothin But The Blues", and "Don't Think Cause You're Pretty".  © 1996-2021, Dusty Groove, Inc.
(Great Japanese pressing – with obi!)