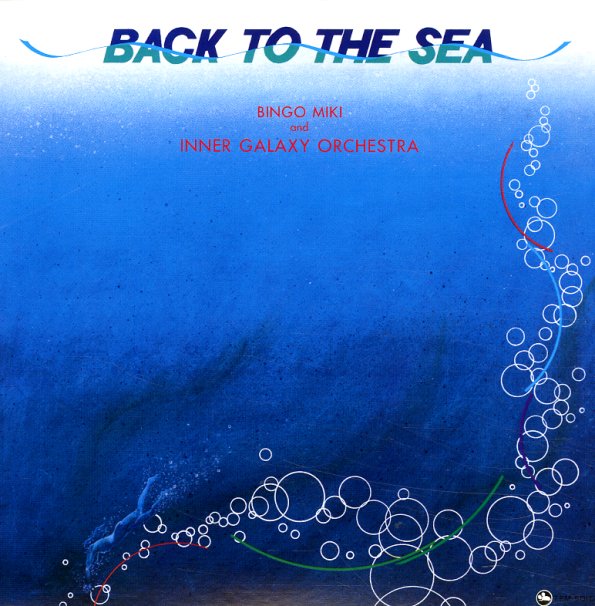 Back To The Sea

Classic work from one of the grooviest Japanese big bands of the 70s – a great combo who mix lots of great keyboard lines with soaring horn passages – all in a style that's as evocative as the title image and cover! There's a very special feel to the record – a mode that's different than the 70s electric big bands from Europe, like some of the MPS groups – as the approach is often very unified, with a bit less sense of solo voice – yet still filled with lots of personality and humanity along the way. Masaru Imada plays electric piano, Masayuki Nakatomi plays Arp and mini moog, and Himiko Kikuchi plays Fender Rhodes and clavinet – and while the horns solo more than the keyboards, those electric elements really help give the record a very cool sound – with kind of a fluid, watery feel at times. Two tracks feature wordless female vocals – and titles include "Back To The Sea", "Swingin On The Horizon", "When Waves Sing", "Natural Flow", and "Merman's Dance".  © 1996-2021, Dusty Groove, Inc.
(Part of the Three Blind Mice Supreme Collection!)