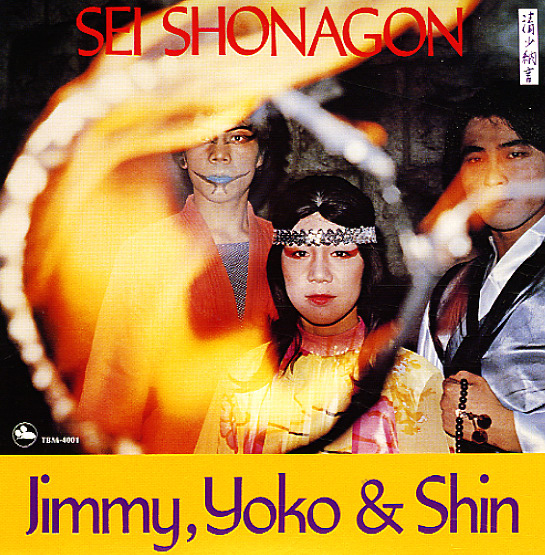 Some of the coolest sounds we've ever heard from the Three Blind Mice label in the 70s – a trio outing, but one that has the players really changing up their instruments a lot over the course of the album's long tracks – never in a way that's too avant garde or improvisational, but which always has the group really reaching for new sounds! Yoko Sumiya plays Yamaha electric keys, mini moog, and a Steinway – and really comes up with this incredible blend of acoustic and electric elements – one that's sometimes offset by these moody vocalizations that are hardly song, but almost another instrument in the mix. Jimmy Shironga plays acoustic guitar and electric bass – and again also vocalizes a bit, but in this strangely offbeat way that's often far from lyrical – more personally expressive overall. All group members seem to shout with enthusiasm at points – especially when Shin Okabe urges them on with drums – as well as a host of other percussion instruments too. There's never any moments that get too out, and overall there's almost a performative feel to the whole thing – with the band changing moods and rhythms a number of times during a single song. Tracks include "Soul Soran", "Gion Shoja", and "Sei Shonagon".  © 1996-2021, Dusty Groove, Inc.
(Part of the Three Blind Mice Supreme Collection!)