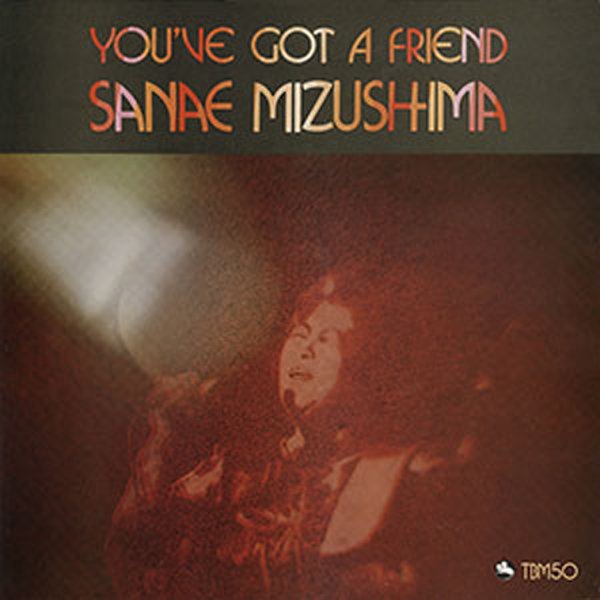 You've Got A Friend

One of the more unusual Japanese vocal albums we've heard from the 70s – served up by a singer who does a nice job evoking a variety of modes! Sanae Mizushima sometimes comes across with a spirit like she's a backroom singer from the early part of the 20th Century – other times can ease into a tune with a much more 70s-styled mode – but always with a voice that also retains some of its original Japanese phrasing on the English lyrics, which gives all the tunes a very unique shape and timbre! Backing is by a trio with Hideo Ichikawa on piano, who adapts very strongly to the different spirits of the tunes – in a lineup that includes "Stormy Weather", "Yesterday", "See See Rider", "I Don't Want To Cry", "A Good Man Is Hard To Find", and "You've Got A Friend".  © 1996-2021, Dusty Groove, Inc.
(Part of the Three Blind Mice Supreme Collection!)