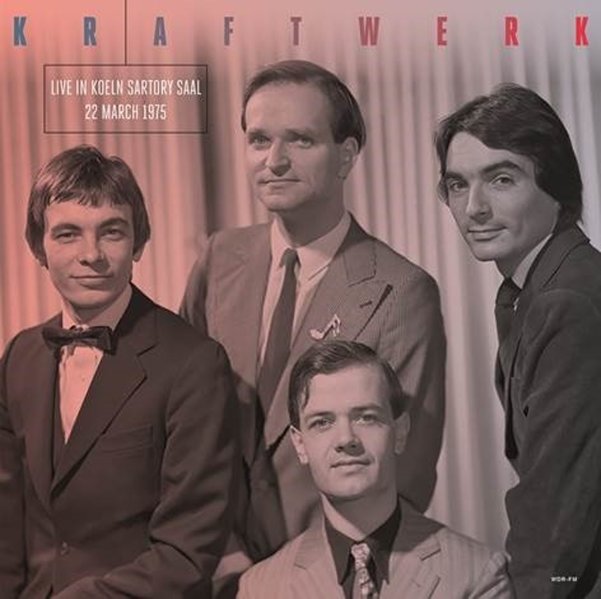 That's a mid-70s photo of Kraftwerk on the cover – and the record features a great live set recorded right after their legendary Autobahn album – done with a similar long, sprawling vibe – but with a different feel than in the studio! Side one features a version of "Autobahn", structurally similar to the record, but with sharper edges and much more of a sense of darkness that hints at the earlier sound of the group – and the flipside follows with equally edgey takes on two shorter tunes – the amazing flute-riffing "Ruckzuck", and the nicely spacey "Kometemelodie" – which is the record we always promise to put on when a comet is threatening impact with our planet!  © 1996-2021, Dusty Groove, Inc.