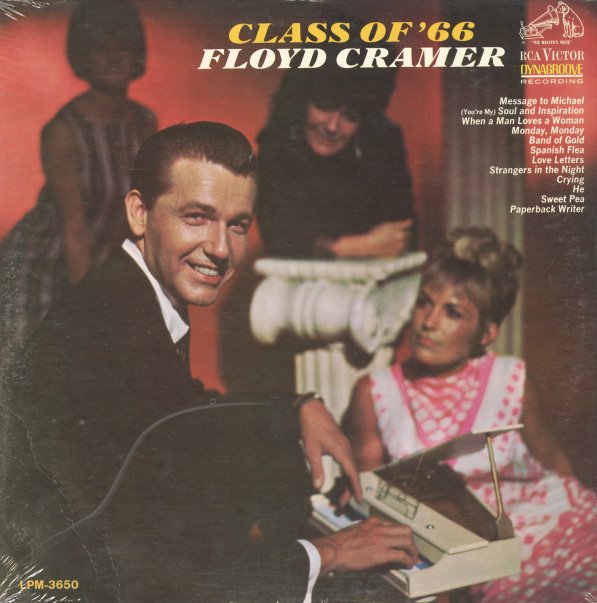 A set that mixes the tinkling piano of Cramer with some larger, fuller backings from Bill McElhiney – all recorded in RCA's Nashville studios, but with a sound that's very cosmopolitan, save for the occasional honky tonk twinge in Floyd's phrasing. Titles include a nice version of "Spanish Flea" – plus "Paperback Writer", "When A Man Loves A Woman", "Monday Monday", "Band Of Gold", and "He".  © 1996-2021, Dusty Groove, Inc.
(Mono pressing. Cover is bent a bit at the bottom left corner.)