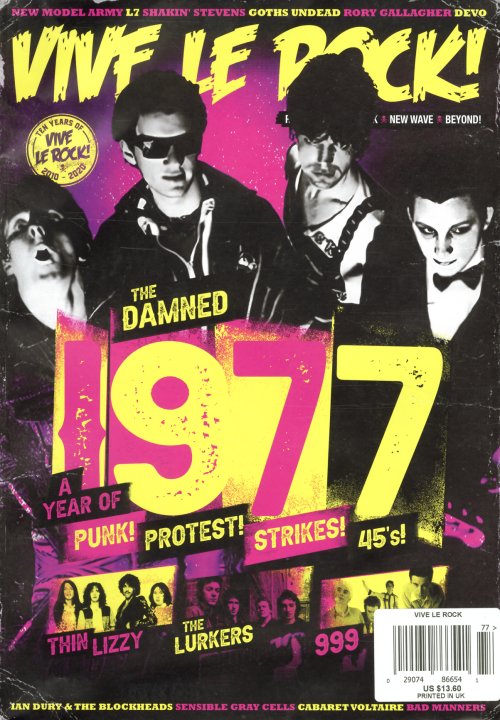 It's the 77th issue of Vive Le Rock – and the magazine looks at the crucial music year of 1977 – with bits on the rise of punk, and more on The Damned, Thin Lizzy, Lurkers, and 999! As usual, there's lots of other articles on sounds from the same time too – more on Cabaret Voltaire, Bad Manners, Shakin Stevens, Devo, and Ian Dury & The Blockheads – with plenty more surprises along the way, and lots of vintage photos too!  © 1996-2021, Dusty Groove, Inc.

Issue 113
Shindig, 2021. New Copy
Magazine...$9.99
The Mamas & The Papas are on the cover, and the issue has a great article on the first year of the group – but there's also a really great look at the earliest years of Kraftwerk, as well as a portrait of the rare Pierre Cardin record label of the 70s – home to some very cool prog ... Magazine