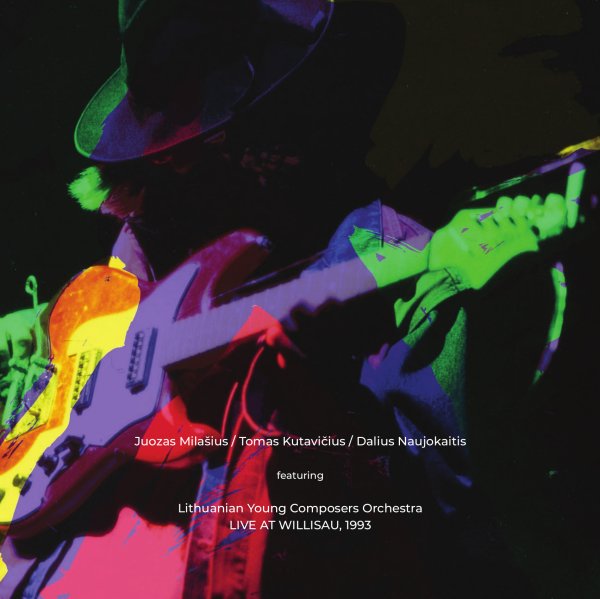 The core trio here steps out on their own at first, and are then augmented by work from the Lithuanian Young Composers Orchestra – an added quartet who really bring an intensity to the performance! Well, maybe that intensity is already there – but slightly muted – as the guitar of Juozas Milasius, piano of Tomas Kutavicius, and drums of Dalis Naujokaitis come together with a very spacious, open sense of understanding. Yet when the others come in – Vytas Labutis on saxes, and the other three on voice, plus all on cymbals, clapping, and "trampling" – there's a ferocity to the record that's undeniable. Titles include "Sailor's Nightmare", "Play Me", "Reflection Nebula", and "String Walker".  © 1996-2021, Dusty Groove, Inc.
(Limited edition of 300 copies!)