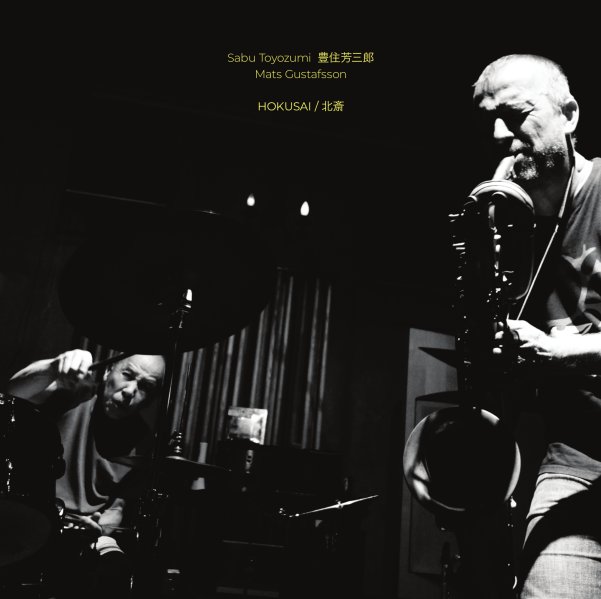 Reedman Mats Gustafsson seems to be able to improvise with just about anyone – really shifting his sound and his spirit to match the moment, which is definitely the case here in a set of duets with drummer Sabu Toyozumi! There's a spaciousness here that's very different than some of Gusatafsson's performances with other drummers – especially Paal Nilssen-Love – and Sabu's use of the many aspects of the drum kit match with the always-inventive creations from Mats on baritone sax, fluteophone, and flute. The proceedings are wonderfully spacious, with these rich sonic elements that seem to leap from the void with a great sense of surprise – and titles include "Sunflower", "Woman With A Cat", and "For Ever Advancing Artistry". CD features the bonus solo tracks "Red View Of Mount Fuji" and "Manga By Hokusai".  © 1996-2021, Dusty Groove, Inc.

Freedom Principle
No Business (Lithuania), 2014. New Copy
CD...$9.99 18.99
The title definitely lives up to the sound of the record – a really loose, free session from a quartet that includes strong work from both trumpeter Peter Evans and tenorist Rodrigo Amado – the latter of whom leads the group! All tracks are long, and build with a nice degree of energy ... CD