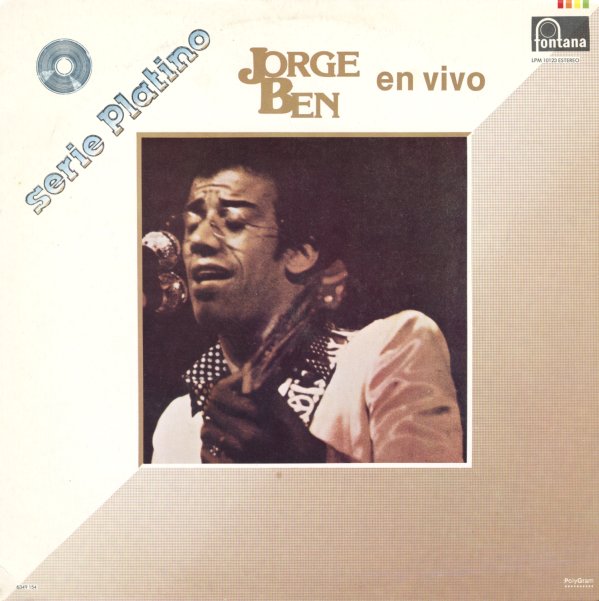 A great little live set from the mid 70s – recorded by Jorge right around the time of his groundbreaking Africa Brasil album, with a mixture of funky samba styles that are all handled with the soulfulness and boundless energy of his best records. The record features a long version of "Taj Mahal", plus the tracks "Luciana", "Caramba", "Fio Maravilha", "Zazueira", and medleys of a few other tunes.  © 1996-2021, Dusty Groove, Inc.
(Later Mexican pressing.)