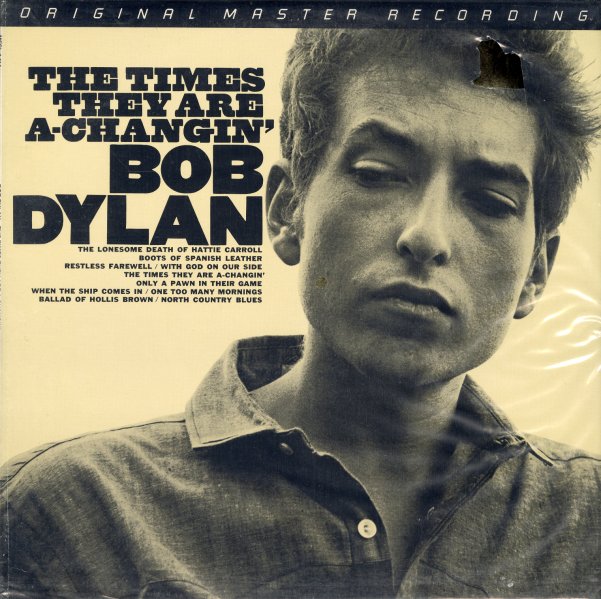 Some of the darkest acoustic work that Dylan ever recorded – and filled with beautiful songs like "With God On Our Side", "North Country Blues", "Only A Pawn In Their Game", "The Lonesome Death Of Hattie Carroll", "Boots Of Spanish Leather", and "The Times They Are A-Changin". A real masterpiece from just before he started shaking off everyone's expectations.  © 1996-2021, Dusty Groove, Inc.
(80s stereo pressing, still sealed with a small hole in front.)